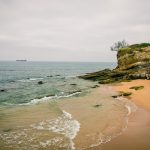 Currently, about 6 million expats are living in Spain. There are several reasons why Spain is a popular destination for expats. Climates that are warm year-round, a well-developed healthcare system, and a good cuisine make it an attractive place. Spain has a relatively low cost of living despite its high standard of living. Generally, it is among the cheapest countries in Western Europe. This article will discuss everything you need to know about the cost of living in Spain.

Researching salaries in Spain will reveal that they are below the global average. The average household income in the country is around €20,468, while the worldwide average is €27,047. Spain also tends to have a lower cost of living than other countries, so this is not a problem. According to expats living in Spain, a couple can live comfortably in a big city like Madrid for between €1,700-1850 per month. The monthly cost of this is lower in rural areas or outside of large cities, where it is approximately €1,450-1,600.

What is the cost of living in Spain?

In general, Spanish cities have a much lower cost of living than other big cities such as New York, London, or Los Angeles.

Spain’s real estate market is very affordable, keeping in line with the low cost of living. Renting or buying property in Spain is possible if you decide to move there. In this section, we will show you the real estate prices in detail. Buying or renting real estate depends heavily on the location you choose. The cost of living in Madrid and Barcelona will naturally be higher than in Alicante, Valencia, or Seville, for instance.

Cost of education in Spain

Keeping up with the standards of Western Europe, Spain has a robust education system. Public schools are compulsory for children until they turn 16. Spanish residents can send their children to school for free if registered. The cost of uniforms, books, etc., is not included. Nevertheless, many ex-pats prefer their children to attend private or semi-private schools in Spain. Because public schools teach in Spanish, this is the case.

Cost of rent in Spain

Throughout this section, we will look at various cities in Spain and give you an idea of how much a rental would cost depending on several factors, including location and size. Prices in this section are estimates and could change based on the property’s age, the services it offers, and so on.

Cost of communication and utilities in Spain

Utilities are always determined by your consumption, house size, and the season. Among the essential utilities in Spain are electricity, heating, cooling, water, garbage collection, and building maintenance. The cost of electricity and heating varies with the season. If it’s hot outside, you will probably use the air conditioner more often, resulting in a higher electric bill. Similarly, you will likely use the furnace more often if it’s cold outside.

An 85m2 apartment typically costs between €100 and €150 in utilities per month. Regarding communication, that depends on the plan you choose. Many people prefer to sign up for an all-inclusive program that includes phones, television, and the internet. Prices for these packages range from $20-50 per month. If you choose a high-speed 60Mbps cable or ADSL package, you can expect to pay around €40.

Cost of the meal in Spain

Spain is a very cheap country to eat out for lunch or dinner. You can find menus for 10 euros (including the first course, the second course, the drink, and the dessert). Although there is no menu for dinner, you can go to a restaurant for 15-20 euros and enjoy good food. A full meal can be had for 6 or 8 Euros if you focus on the fast-food options. This makes eating at a local restaurant a better choice.

The cost of living in Spain is not very high, as you have seen. The cost of living will differ significantly depending on where you live (Madrid, Barcelona, or Marbella are among the most expensive options) and what your lifestyle is like.  With 20.000€ per year, you can still live comfortably and regularly enjoy going out for dinner. Spain is quite affordable if you use the public transportation system, take advantage of outdoor activities, and buy food at regular supermarkets.

Apart from this, if you are interested to know about How Much Do Park Rangers Make then visit our Business category.

What is the Cost of Living in Spain?

Which is the cheapest city in Spain?

Is Healthcare in Spain Free?

Spanish citizens and permanent residents are entitled to free healthcare. Private health insurance in Spain is relatively inexpensive, even if you do not have access to free public health care. A personal insurance policy in Spain costs between €30 and €50 per month.

Does education in Spain cost nothing?

In Spain, public education is free and compulsory until 16.

The Astrological Benefits of the Pukhraj Stone, or Why People Would wear Yellow Sapphire

Tips for Packing and Moving Your Office Goods without Damage

12 Hour Shift Manufacturer Jobs: Pros, Cons, and Opportunities in the...

Top Tips To Conduct a PPC Campaign Analysis This Year